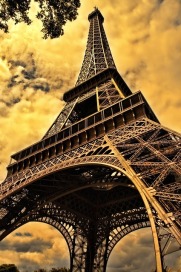 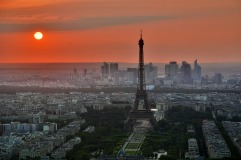 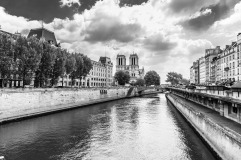 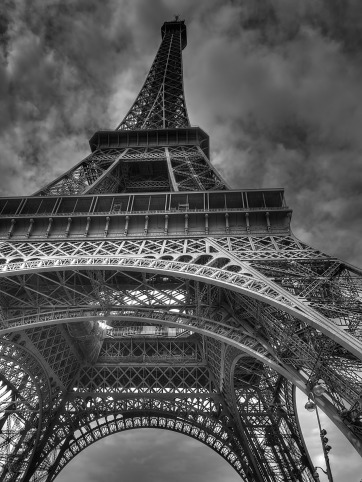 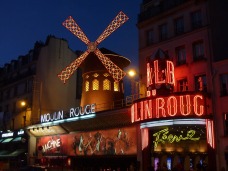 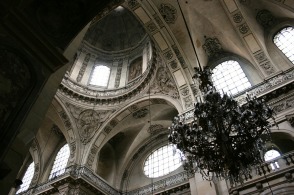 “But Paris was a very old city and we were young and nothing was simple there, not even poverty, nor sudden money, nor the moonlight, nor right and wrong nor the breathing of someone who lay beside you in the moonlight.”
Ernest Hemingway, A Moveable Feast: The Restored Edition ¹

This week read a quote or a poem about the City of Lights (Paris) listed below and write a poem or short story. Make it about a big city you have traveled to or want to visit! Good luck and write on!

France, The 18th Year Of These States
by Walt Whitman

A GREAT year and place;
A harsh, discordant, natal scream out-sounding, to touch the mother’s
heart closer than any yet.

I walk’d the shores of my Eastern Sea,
Heard over the waves the little voice,
Saw the divine infant, where she woke, mournfully wailing, amid the
roar of cannon, curses, shouts, crash of falling buildings;
Was not so sick from the blood in the gutters running–nor from the
single corpses, nor those in heaps, nor those borne away in the
tumbrils;
Was not so desperate at the battues of death–was not so shock’d at
the repeated fusillades of the guns.

Pale, silent, stern, what could I say to that long-accrued
retribution?
Could I wish humanity different?
Could I wish the people made of wood and stone? 10
Or that there be no justice in destiny or time?

O Liberty! O mate for me!
Here too the blaze, the grape-shot and the axe, in reserve, to fetch
them out in case of need;
Here too, though long represt, can never be destroy’d;
Here too could rise at last, murdering and extatic;
Here too demanding full arrears of vengeance.

Hence I sign this salute over the sea,
And I do not deny that terrible red birth and baptism,
But remember the little voice that I heard wailing–and wait with
perfect trust, no matter how long;
And from to-day, sad and cogent, I maintain the bequeath’d cause, as
for all lands, 20
And I send these words to Paris with my love,
And I guess some chansonniers there will understand them,
For I guess there is latent music yet in France–floods of it;
O I hear already the bustle of instruments–they will soon be
drowning all that would interrupt them;
O I think the east wind brings a triumphal and free march,
It reaches hither–it swells me to joyful madness,
I will run transpose it in words, to justify it,
I will yet sing a song for you, MA FEMME.

Paris In Spring
by Sara Teasdale

The city’s all a-shining
Beneath a fickle sun,
A gay young wind’s a-blowing,
The little shower is done.
But the rain-drops still are clinging
And falling one by one —
Oh it’s Paris, it’s Paris,
And spring-time has begun.

I know the Bois is twinkling
In a sort of hazy sheen,
And down the Champs the gray old arch
Stands cold and still between.
But the walk is flecked with sunlight
Where the great acacias lean,
Oh it’s Paris, it’s Paris,
And the leaves are growing green.

The sun’s gone in, the sparkle’s dead,
There falls a dash of rain,
But who would care when such an air
Comes blowing up the Seine?
And still Ninette sits sewing
Beside her window-pane,
When it’s Paris, it’s Paris,
And spring-time’s come again.

“Paris is the only city in the world where starving to death is still considered an art.”
Carlos Ruiz Zafón, The Shadow of the Wind

“Oh, London is a man’s town, there’s power in the air;
And Paris is a woman’s town, with flowers in her hair;
And it’s sweet to dream in Venice, and it’s great to study Rome;
But when it comes to living, there is no place like home.”
Henry van Dyke

“I’ve seen you, beauty, and you belong to me now, whoever you are waiting for and if I never see you again, I thought. You belong to me and all Paris belongs to me and I belong to this notebook and this pencil.”
Ernest Hemingway