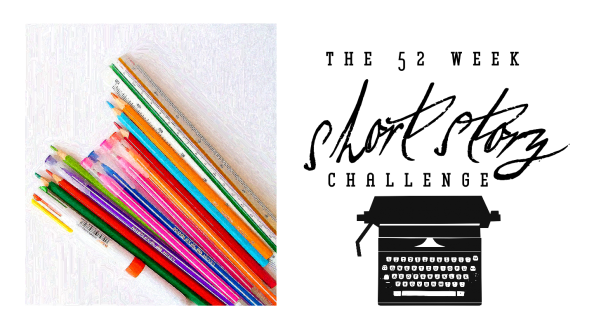 By Natalie. Reposted with the authors permission. Visit her website here: http://nataliejsbooks.com/52-week-short-story-challenge-1/

No Such Thing As a Free Meal

The inspector rubbed her forehead as she sat in her car in the parking lot of The Pho House. It was only the third restaurant she’d been to that afternoon but she was already exhausted. She opened her glove compartment and grabbed the Excedrin out of it with her eyes closed, then chased two of the tablets with a mouthful of warm water from the bottle that had been sitting in her passenger seat all day. Nothing about it was pleasant, but that was par for the course for her day.

She was screwing the cap back onto the water when her phone started ringing. Grimacing, she picked it up without checking to see who it was. There were only a few people who actually called her and she couldn’t ignore any of them, even if she was seriously considering quitting.

“Hey, baby,” a voice she wasn’t expecting said. She smiled for the first time since she’d left the house. “We still on for six?”

“Not unless you can work a miracle,” Keshia Williamson said, looking up at the restaurant’s door, which was now sporting a ‘closed’ sign in spite of it being the middle of the day. “I’m way, way behind schedule and I’ve still got three places on my list.”

“So just do a quick walkthrough and give ‘em a C. We can make the seven o’clock movie.”

“Boy, that’s what got this whole mess started in the first place. I’ll get done when I get done.” Her headache seemed to be getting worse instead of better and she sighed. “I’ll call you as soon as I’m on my way back to the office.”

“Real call. Love you, baby.” She hung up the phone and dropped it into her console, then started the car. If she was going to get anything close to finished before the sun went down she had to get going. In an attempt to get herself worked up, she put on some old Missy Elliott and tried to nod her head as she backed out of the parking space.

By the time she made it to Ricky’s House of Ribs, Keshia’s headache had receded just enough to make her feel functional again and she pulled into one of the spaces at the front of the building. There were only two other cars in the lot and she was glad. If there was a scene like the one at Kung Pao Kitchen, she didn’t want to see her face on YouTube later that night when she was trying to relax.

Keshia got out of the car and straightened her blazer, then slung her bag over her shoulder and picked up her leather folio from the passenger seat. Once she was convinced that she looked the part of a competent health inspector, she strode up the front walk and pushed on the windowless door only to discover that it was locked.

She looked at the business hours posted by the door and frowned. The restaurant should have been open for hours at this point but now that she looked through the window she could see the place was empty. Someone was moving around behind the counter, though, and she knocked on the door as hard as she could. Closed or not, Ricky’s House of Ribs was on her list and she was going to give them the grade they deserved. A minute later, the door unlocked and opened just enough for a man in a dirty t-shirt and jeans to lean out.

“I’m the health inspector,” Keshia said. “I need to take a look around.”

“The health inspector?” He looked her up and down dubiously, taking in her twist out and the modest silver stud in her nostril. “We’re working on it.”

“I need to see what it’s like right now. I can come back later and amend your grade.” The man looked like he was going to argue with her and she felt herself starting to dig in, like she had so many times before, but he stepped aside and let her in.

“I knew this was coming,” he sighed. The front of the restaurant was dark and he led her to the back of the house. A large black ‘A’ was posted proudly beside their liquor license and Keshia resisted the urge to snort when she saw it. He pushed the door to the kitchen open and motioned for her to go in. “Excuse the mess.”

Keshia braced herself for the worst as she stepped through the door, expecting her guide to immediately launch into a litany of excuses. Instead, she was faced with an empty room that smelled like the inside of a swimming pool. There were squares of rust on the floor where appliances had recently been dragged away, and a bright yellow rolling mop bucket stood in the corner.

“Where’s all your—“ Keshia looked around the room. “—everything?”

“Cleared it out,” the man said, picking up a pack of cigarettes and shaking one out. He lit it with a lighter featuring a picture of a naked woman and took a deep drag. Keshia narrowed her eyes at him and he blew the smoke over his shoulder.

“You’re already here to fine me, what’s one more line on the ticket?” He tossed the lighter on the counter with the cigarettes and extended a hand to her. “I’m Ricky.”

“Yup. Contractors are coming next week to take a look at the front end,” Ricky said, taking another drag. “My granddaddy died and left me everything so I’ve got the money. Not to mention I’m gonna be saving money not feeding old Don the Con.”

“You seem like an honest lady,” Ricky said. “No harm in telling you now, unless you already know.” Keshia stared at him and he blew a cloud of smoke over his shoulder. “Which from the look on your face, you don’t.”

“What are you talking about?” Keshia folded her arms over her chest as Ricky sighed and leaned on the counter.

“Free food,” Ricky said, dragging a red plastic ashtray that looked like it had been scavenged from a dive bar over to him. “He’d been doing it for years. Every couple of days, at least once a week, Don would come in here and remind me that my good grade depended on his mood. And to keep him happy we gave him a plate whenever he came in.”

“You traded him free food to keep your A grade?”

“We weren’t the only ones. He was doing it to all the restaurants around here. House of Pho, Uncle Cash’s, whoever he could get to agree.” Ricky stubbed out his cigarette and took out a fresh one. “I made the mistake of telling him we were struggling, hoping to get some sympathy, and he said he’d give me some time to work on it if I’d help him out every now and then. Next thing I knew, he was showing up all the time.”

“Shit,” Keshia said, cursing on the job for the first time in her life. Everything was starting to make sense. She’d already shut down House of Pho, and Uncle Cash’s Place was next on the list. If Don Gibbens had been getting free meals out of dirty kitchens for who knew how long, the raging case of e. Coli he had contracted was suddenly explained. “No wonder that old bastard kept saying he didn’t know where he could have picked it up.”

“I told him I was done two weeks ago,” Ricky said, shaking his head and lighting the cigarette. “That I was gonna clean the place up for real, and he got all mad. Said he’d tell his bosses that I’d been giving him free food and that it was my idea.” Keshia set down her folio and rubbed her forehead. Her headache was back with a vengeance, and she had a feeling it had something to do with the way she was clenching her jaw. Before she could come up with the words for how she felt, Ricky opened his mouth again. “So I made him a special plate.”

“We left half a rack of ribs out on the counter for a couple of days, then only half cooked ‘em. Drowned ‘em in sauce and served ‘em to old Don when he came in. He didn’t even notice. Gobbled ‘em down like every other time and wanted extra cobbler.” Keshia stared at him with her mouth open and he shrugged. “We shut down that night and I had the appliances hauled out the next morning.”

“You fed a health inspector spoiled meat? On purpose?” She couldn’t believe what she was hearing. It was the most unreal thing she’d ever heard but Ricky wasn’t even trying to deny it. He was just standing there illegally smoking his cigarette as if nothing was wrong. “You know I could shut this place down for good?”

“Probably not,” Ricky said. “Old Don was ripping off every restaurant in this area so you’d have a hard time proving whose food poisoned him. According to him, he was getting three meals a day for free. I wasn’t the only one who had the idea, either. There could have been two or three places pulling the same thing.” He smiled. “In a month I’ll have a whole new restaurant for you to inspect with brand new freezers and pit and everything. I’ll even give you a plate at our Grand Opening celebration.”

Keshia opened her mouth, then closed it. Ricky was right. With Don keeping his mouth shut about the free meals and the kitchen completely gutted, there was no way anyone could tie his food poisoning to the restaurant. The worst she could do was write him a citation for smoking and even that was more effort than she was willing to put in. With this place crossed off the list, she could get through the next two restaurants and make it back home in time for her date with Deron.

“Thanks,” she said, picking up her folio and heading for the door. “I’ll pass.”

By Natalie. Reposted with the authors permission. Visit her website here: http://nataliejsbooks.com/52-week-short-story-challenge-1/