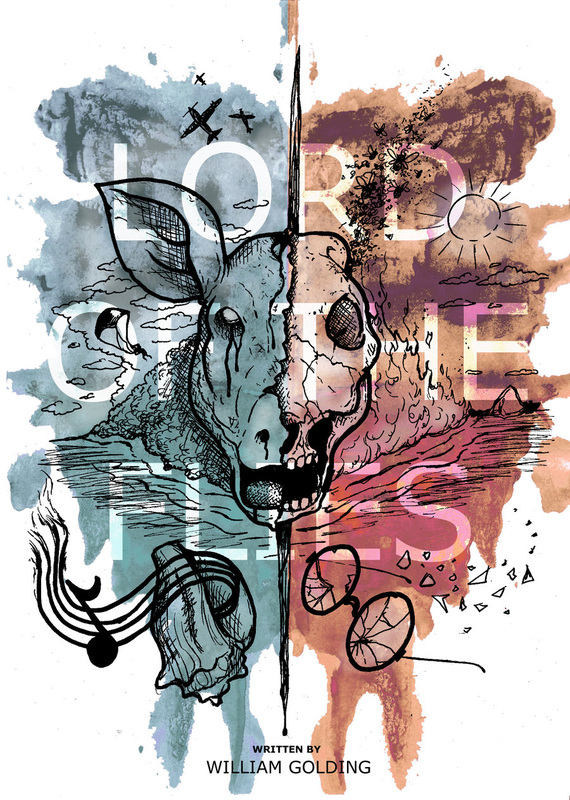 You can read this article here at: http://pagetopixels.co.uk/book-review/lord-of-the-flies/

Golding created an insular society of forlorn boys pushed into the depths of despair, fear and barbarity after surviving a plane crash. During the thick of war in England, in which the reader assumes parallels of WWII, the boys are evacuated from Britain. Their plane is shot down near a deserted, tropical island somewhere in the Pacific ocean. What emerges from this event, is a new society created by this group of boys aged 6 – 12 that mirrors all the horrors of World War II.

So why is this allegory with its archetypes and symbolism still pertinent in today’s world? Although a nihilistic story is presented to readers with Lord of the Flies, it also serves as a cautionary tale of our own human nature and history; a way to view ourselves from an outside perspective, away from the trauma of war and a deteriorating society. From this angle, we’re given the opportunity as readers to see each character and their contributions accurately, for better or worse. It’s also interesting to note that, “Golding was responding to another novel, The Coral Island, written by R.M. Ballantyne in 1857. In The Coral Island, some white, European boys end up on an island and use Christianity to ‘conquer’ the ‘heathen ways’ of the Polynesian natives.”2

In essence, Golding’s novel showed the complete opposite of what Ballantyne tried to remedy with colonization. Civility he reasoned was not dependent upon religious belief nor affiliation but rather social structure, with contributions from the individual. The conch in the novel is symbolic for this attribute. When one holds it and speaks, order, propriety and respect is differed to the speaker, or leader; in the same way as a president, prime minister or dictator is conferred such authority. As is this case when protagonist Ralph takes the conch and speaks, he is also leading by example. What is also certain from reading Lord of the Flies is that Golding was experiencing a post-WWII lack of faith in humanity and perhaps also in a higher power, or both, as many were at that time. Issues of groupthink are explored throughout the novel, wherein individuals defer authority to other individuals in favor of group cohesiveness. This results in dysfunctional and often irrational outcomes as they navigate their way through the complexity of human relationships. This ongoing theme offers readers the opportunity to revisit societal structures, politics and its failures from an anonymous third-person narrative perspective. By seeing it away from us, we can take time to consider what matters most and what we must do to stop these horrors from ever happening again.

Post WWII, counter measures emerged from Edward Bernays the nephew of Sigmund Freud. His uncle stated that he “…had discovered primitive sexual and aggressive forces hidden deep inside the minds of all human beings, forces which if not controlled, led individuals and societies to utter chaos and destruction.”3 Bernays based upon the theories of Freud, felt that manipulating the public was a necessary evil to control these urges and prevent future wars and the ultimate destruction of society.